The sun was nearing the horizon, and as the daylight was waning so was our morale. We were four miles into a hike that would eventually lead to a mountain refuge that promised to be our shelter for the night. We followed trail markers leading us to Tierser Alpl, a “rifugio” nestled on the saddle of the same name. We had found ourselves racing daylight in the middle of the Dolomites traversing through the largest mountain pasture in Europe, Seiser Alm. 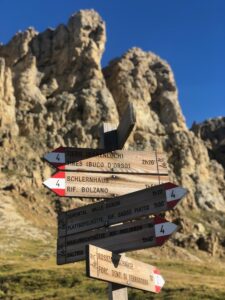 After a series of delays throughout the day (we have Google Maps’ inability to navigate rural Italy to thank for this one), we got a late start. We parked our little Fiat 500 (the most adorable piece of shit car we ever did drive), and set out for our alpen destination. It started off rather magical, despite embarking at an already breathtaking 7000 feet. The sweeping pasture is contrasted with the surrounding rugged granite pillars plunging into the sky. With the golden hour’s warm sunlight flooding the newly established UNESCO World Heritage Site, it was hard to focus on our erratic breathing and we pushed on passing through open grazing areas (furry friends were made). Hiking through the expansive grazing meadows, it was a very special experience to hike on those ancient paths, where so many have wandered before us.

We were about halfway to the refuge when we started noticing that the only path in our immediate future appeared to be a precipitous set of switchbacks heading straight up the imposing mountain before us. Trying our best to remain optimistic, and knowing we had no other alternative, we pressed on, attempting to convince each other that it probably wouldn’t be so bad. When it came time to begin our steep ascent, it was apparent that we had seriously miscalculated. We might as well have been climbing Mount Doom; a tale of two short BFFs struggling to hike up an impossible mountain with little sunlight, no air, dehydrated, with only each other to rely on. I think Tolkien had us in mind when the inspiration for Lord of the Rings struck…

All jokes aside, ascending 1000 feet in less than a mile at an altitude of 8000ft was a grueling test of what we’re made of. With the sense of urgency created by the sun setting behind us, we dug deep and somehow crawled to the summit. Upon making it to the top we were greeted with the most intense cotton candy sunset only matched in beauty by the snow capped mountains that carved out the horizon. The culmination of the climb from hell and the enchanting view that awaited us could only be described as what we now call a spiritual experience. We both had moments of such intense self doubt coupled with waves of self determination that really stripped us to our core; but somehow our conviction won out and we know far more about how far we can truly push ourselves to the brink from this experience. 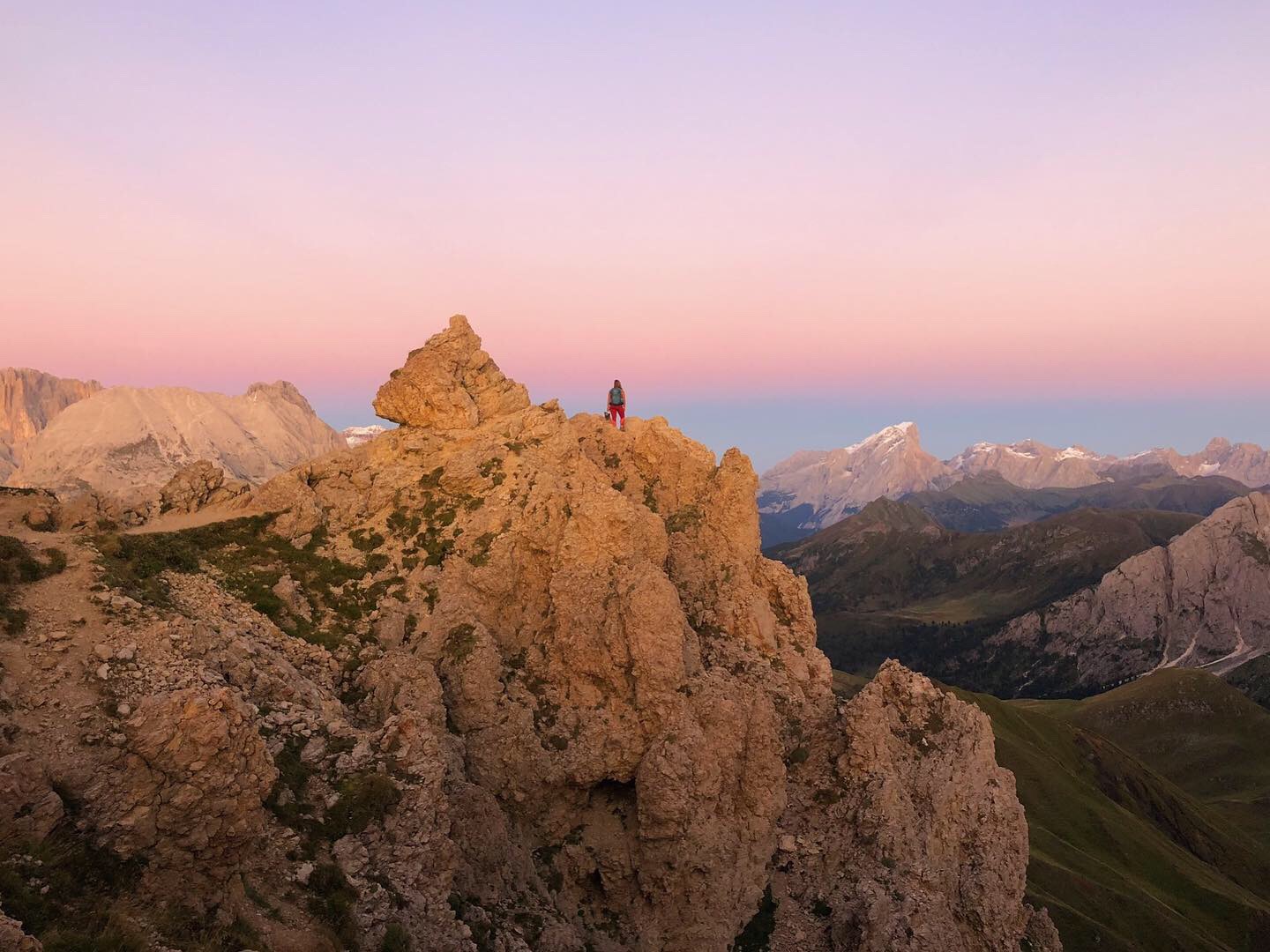 We were pleased to learn that the refuge was only a short walk from the summit and we didn’t waste time seeking a warm meal and some well deserved libations. We met some new human friends, and despite the host’s slightly cold demeanor, we were never happier to see four walls and flat ground. We eventually settled into our squeaky dorm bunks for the night after learning about the hut’s strictly enforced 10PM “lights out” policy. To be fair, to call this place a “hut” is a little misleading; it’s more of a luxury hostel with a lot of grungy hikers. Unbeknownst to each other at the time, we were both having a rough time sleeping. Between not being able to move around in the creaky beds without waking up the whole room, and continually waking up not being able to breathe (altitude is real, guys), it won’t go down as the most restful sleep we’ve ever had.

We had plans to wake up early to catch the sunrise and we were treated to another spectacular show in the sky. Afterwards, we headed back to the refuge for a delicious buffet breakfast that did not disappoint. When we were finished we gathered our things and started on our journey back. As we followed the short path back up to the summit we passed several elderly Italian hikers whose level of fitness was clearly putting us to shame.

We made it off the mountain and into the pastures again, and we were once again met with the cutest mountain cows grazing on the trail. We also stumbled upon some friendly horses, who continued to follow us through the pasture until a fence prevented them from following us any further. Cases were made as to whether we should take them with us or not.

Although it was possibly one of the most physically and emotionally demanding challenges either of us has encountered, if not the most, in hindsight we would do it over again without a second thought. We now know two things: the best hotels are the ones you have to hike to and that acetazolamide saves lives. We’re not sure if it was the lack of oxygen, or the gorgeous sunset, but the mountain that broke us won’t soon be forgotten. 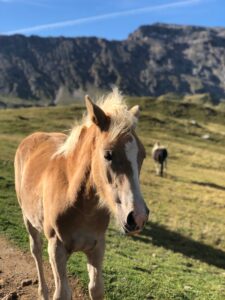 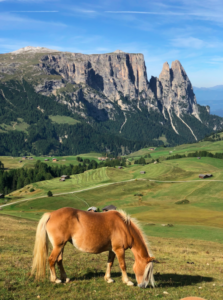